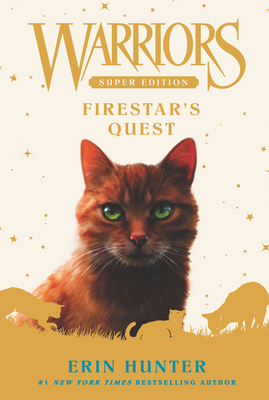 This is book number 1 in the Warriors Super Edition series.

Set just after the events of Warriors #6: The Darkest Hour, this Super Edition follows the ThunderClan leader Firestar on a quest to uncover a long-forgotten truth.

It is a time of peace between the warrior Clans, and all four are thriving. Then Firestar, leader of ThunderClan, discovers a terrible secret: the warrior ancestors of StarClan have lied to him. Firestar must embark on a perilous journey to right their wrong—and nothing will ever be the same again.