The Nanny: A Novel (Hardcover) 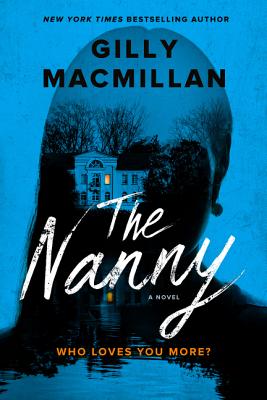 The New York Times bestselling author of What She Knew conjures a dark and unpredictable tale of family secrets that explores the lengths people will go to hurt one another.

When her beloved nanny, Hannah, left without a trace in the summer of 1988, seven-year-old Jocelyn Holt was devastated. Haunted by the loss, Jo grew up bitter and distant, and eventually left her parents and Lake Hall, their faded aristocratic home, behind.

Thirty years later, Jo returns to the house and is forced to confront her troubled relationship with her mother. But when human remains are accidentally uncovered in a lake on the estate, Jo begins to question everything she thought she knew.

Then an unexpected visitor knocks on the door and Jo’s world is destroyed again. Desperate to piece together the gaping holes in her memory, Jo must uncover who her nanny really was, why she left, and if she can trust her own mother…

In this compulsively readable tale of secrets, lies, and deception, Gilly Macmillan explores the darkest impulses and desires of the human heart. Diabolically clever, The Nanny reminds us that sometimes the truth hurts so much you’d rather hear the lie.

Gilly Macmillan is the internationally bestselling author of What She Knew, The Perfect Girl, Odd Child Out, I Know You Know, The Nanny, and To Tell You the Truth. She resides in Bristol, England.

“Gilly Macmillan is a master of creating tension so exquisitely unbearable I had to force myself not to skip ahead. Brilliant, gripping, and terrifying.” — Liv Constantine, New York Times bestselling author of The Last Mrs. Parrish

“The Nanny pulses with tension until its shocking conclusion. I absolutely loved it!” — Shari Lapena, New York Times bestselling author of The Couple Next Door

“With its buried secrets, shifting allegiances, and creeping sense of dread, The Nanny pulses with tension until its shocking conclusion. I absolutely loved it!” — Shari Lapena, New York Times bestselling author of The Couple Next Door

“Exploding with secrets, The Nanny by master storyteller Gilly Macmillan has everything you dream for in a thriller...You won’t be able to rest until the final, spine-tingling conclusion.” — Heather Gudenkauf, New York Times bestselling author of The Weight of Silence and Before She Was Found

"The Nanny is a chilling, heartbreaking, beautifully layered suspense novel. It's sharply observed and absolutely absorbing, with jolts that knock you off your feet and characters who never fail to surprise."  — Lou Berney, award-winning author of November Road

"Brilliant whodunit . . . with no guarantees anyone is telling the truth." — Winnipeg Free Press (Canada)

"Macmillan expertly ratchets up the tension as long-held secrets come to light. Readers will have a tough time putting this one down." — Publishers Weekly

"Macmillan is a master of suspense, and this latest engrossing tale does not disappoint. Stock up on multiple copies." — Library Journal

“There are many dark secrets and deceptions to be uncovered, and the tension gets almost unbearable, up until the shocking conclusion. As usual for Gilly Macmillan’s work, this one is highly recommended.” — Popular Culture Association

"In The Nanny, Macmillan does a superb job of creating questions in the reader, then answering those questions, only to create more questions. Just when you think you’ve got it figured out, there’s a new wrench in the plan, a new point of view to consider, a new clue that will lead the reader somewhere else." — Criminal Element

"Gilly Macmillan has written a sordid, suspenseful thriller with so many twists and turns you don’t see coming. This is one book you won’t be able to put down once you start reading it!" — Red Carpet Crash

“The Nanny delivers the kind of white-knuckled suspense that keeps you up night after night.” — POPSUGAR

“[A] taut psychological thriller” — Birmingham Magazine on The Perfect Girl

“A clever, dark, compulsive read. . . .  If you liked All the Missing Girls by Megan Miranda, you’ll also enjoy this one.” — Birmingham magazine on What She Knew

“A wonderfully addictive book with virtuoso plotting and characters -- for anyone who loved Girl on the Train, it’s a must read.” — Rosamund Lupton on What She Knew

[H]ard to put down the book... The storyline is intriguing, full of twists and turns, and readers will become fully invested in these characters, all of whom are interesting in their own right.” — Bookreporter.com on Odd Child Out

“Subtle, nuanced writing and a compelling, timely story taut with tension—Odd Child Out is a hugely satisfying and thrilling read. Highly recommended!”
— Shari Lapena, New York Times bestselling author of The Couple Next Door, on Odd Child Out

“The story is emotionally compelling and Macmillan nails the complexity of adolescent friendship.” — Kirkus Reviews on Odd Child Out

“This is a fascinating book focusing on the aftermath of the Somalian concentration camps and the effect it held on those who were involved… Macmillan changes the course of direction of the story several times, which makes for interesting reading. The characterizations are vivid and come alive on the page.” — RT Book Reviews on Odd Child Out

“With characters who are sympathetic and believable, Macmillan’s latest will keep readers in suspense to the very end. Highly recommended.” — Library Journal (starred review) on Odd Child Out

“A gripping look at grief, friendship, and class divides. Macmillan excels at getting into the minds of terrified, brokenhearted parents… this mix of police procedural and thriller will satisfy fans of the author’s previous work as well as those looking for something after Tana French.” — Booklist on Odd Child Out