The Asian Financial Crisis: Lessons for a Resilient Asia (Paperback) 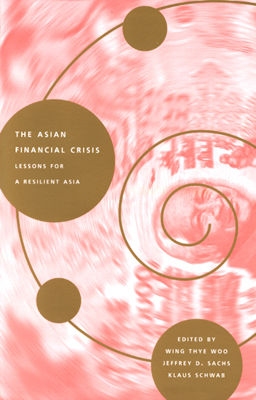 This book analyzes the Asian financial crisis of 1997-1999. In addition to the issues of financial system restructuring, export-led recovery, crony capitalism, and competitiveness in Asian manufacturing, it examines six key Asian economies--China, Indonesia, Japan, Korea, Malaysia, and Thailand. The book makes clear that there is little particularly Asian about the Asian financial crisis. The generic character of the crisis became clear during 1998, when it reached Russia, South Africa, and Brazil. The spread of the crisis reflects the rapid arrival of global capitalism in a world economy not used to the integration of the advanced and developing countries. The book makes recommendations for reform, including the formation of regional monetary bodies, the establishment of an international bankruptcy system, the democratization of international organizations, the infusion of public money to revive the financial and corporate sectors in Pacific Asia, and stronger supervision over financial institutions. The book emphasizes a mismatch in Pacific Asia between investment in physical hardware (e.g., factories and machinery) and in social software (e.g., scientific research centers and administrative and judiciary systems). In a world of growing international competitiveness, concerns over governance will weigh increasingly heavily on unreformed Asian countries. The long-term competitiveness of Asia rests on its getting its institutions right.