Israeli Culture Between the Two Intifadas: A Brief Romance (Paperback) 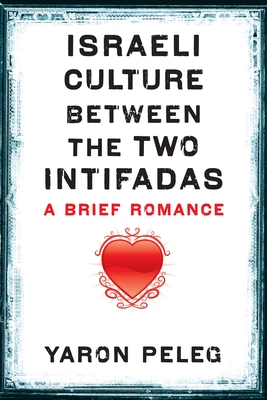 Over the past two decades, profound changes in Israel opened its society to powerful outside forces and the dominance of global capitalism. As a result, the centrality of Zionism as an organizing ideology waned, prompting expressions of anxiety in Israel about the coming of a post-Zionist age. The fears about the end of Zionism were quelled, however, by the Palestinian uprising in 2000, which spurred at least a partial return to more traditional perceptions of homeland. Looking at Israeli literature of the late twentieth century, Yaron Peleg shows how a young, urban class of Israelis felt alienated from the Zionist values of their forebears, and how they adopted a form of escapist romanticism as a defiant response that replaced traditional nationalism.

One of the first books in English to identify the end of the post-Zionist era through inspired readings of Hebrew literature and popular media, Israeli Culture between the Two Intifadas examines Israel's ambivalent relationship with Jewish nationalism at the end of the twentieth century.