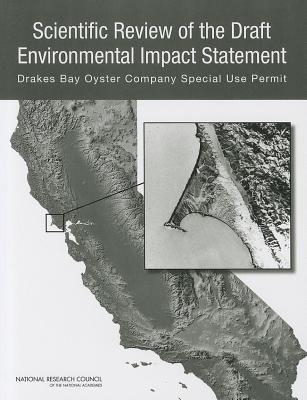 By National Research Council, Division on Earth and Life Studies, Ocean Studies Board
$39.60
Email or call for price.

In May 2012, the National Park Service (NPS) asked the National Research Council to conduct a scientific review of a Draft Environmental Impact Statement (DEIS) to evaluate the effects of issuing a Special Use Permit for the commercial shellfish operation in Drakes Estero for a ten year time span. Drakes Bay Oyster Company (DBOC) currently operates the shellfish farm in Drakes Estero, part of Point Reyes National Seashore, under a reservation of use and occupancy that will expire on November 30, 2012 if a new Special Use Permit is not issued. Congress granted the Secretary of the Interior the discretionary authority to issue a new ten year Special Use Permit in 2009; hence, the Secretary now has the option to proceed with or delay the conversion of Drakes Estero to wilderness. To inform this decision, the NPS drafted an Environmental Impact Statement (EIS) for the DBOC Special Use Permit. Under the National Environmental policy Act (NEPA), as EIS is prepared to inform the public and agency decision-makers regarding the potential environmental impacts of a proposed federal action and reasonable alternatives. The Department of the Interior commissioned a peer review of the DEIS that was released in March 2012.