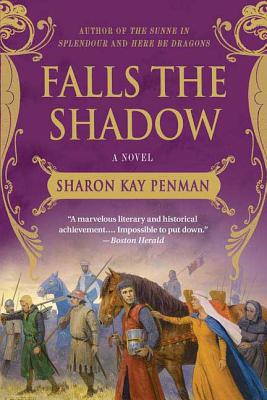 This is book number 2 in the Welsh Princes Trilogy series.

Simon de Montfort was a man ahead of his time in the thirteenth century, a disinherited Frenchman who talked his way into an English earldom and marriage with a sister of the English king, Henry III. A charismatic, obstinate leader, Simon soon lost patience with the king's incompetence and inability to keep his word, and found himself the champion of the common people.

This is his story, and the story of Henry III, as weak and changeable as Simon was brash and unbending. It is a tale of opposing wills that would eventually clash in a storm of violence and betrayal—an irresistible saga that brings the pages of history completely, provocatively, and magnificently alive.

For many years while she was a student and then a tax lawyer, Sharon Kay Penman (1945-2021) worked on a novel about the life of Richard III and The War of the Roses. After the original manuscript was stolen from her car, Penman rewrote the entire novel that would become The Sunne in Splendour.

Penman is the author of ten critically acclaimed and New York Times best selling historical novels and four medieval mysteries featuring Justin de Quincy. The first book in the series, The Queen's Man, was a finalist for an Edgar Award for Best First Mystery from the Mystery Writers of America.

“A marvelous literary and historical achievement…. Impossible to put down.” —Boston Herald

“Absorbing. . . . [Penman] manages to illuminate the alien shadowland of the Middle Ages and populate it with vital characters whose politics and passions are as vivid as our own.” —San Francisco Chronicle

“A remarkably detailed look at how people lived in medieval England and Wales. . . .Worth reading.” —The Plain Dealer (Cleveland)

“A vivid portrait of a lost time . . . full of fascinating personality studies . . . Once you enter her world you're hooked. ” —Seattle Post-Intelligencer