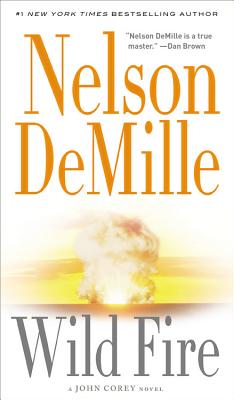 This is book number 4 in the A John Corey Novel series.

Welcome to the Custer Hill Club--an informal men's club set in a luxurious Adirondack hunting lodge whose members include some of America's most powerful business leaders, military men, and government officials. Ostensibly, the club is a place to gather with old friends, hunt, eat, drink, and talk off-the-record about war, life, death, sex and politics. But one Fall weekend, the Executive Board of the Custer Hill Club gathers to talk about the tragedy of 9/11 and what America must do to retaliate. Their plan is finalized and set into motion.

That same weekend, a member of the Federal Anti-Terrorist Task Force is reported missing. His body is soon discovered in the woods near the Custer Hill Club's game reserve. The death appears to be a hunting accident, and that's how the local police first report it, but Detective John Corey has his doubts. As he digs deeper, he begins to unravel a plot involving the Custer Hill Club, a top-secret plan known only by its code name: Wild Fire. Racing against the clock, Detective Corey and his wife, FBI agent Kate Mayfield, find they are the only people in a position to stop the button from being pushed and chaos from being unleashed.

Nelson DeMille is a former U.S. Army lieutenant who served in Vietnam and is the author of nineteen acclaimed novels, including the #1 New York Times bestsellers Night Fall, Plum Island, The Gate House, The Lion, The Panther, and Radiant Angel. His other New York Times bestsellers include The Charm School, Word of Honor, The Gold Coast, Spencerville, The Lion's Game, Up Country, Wild Fire, and The General's Daughter, the last of which was a major motion picture. For more information, you can visit NelsonDeMille.net.