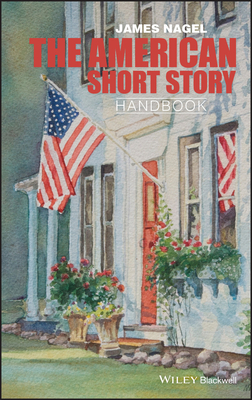 This is a concise yet comprehensive treatment of the American short story that includes an historical overview of the topic as well as discussion of notable American authors and individual stories, from Benjamin Franklin's "The Speech of Miss Polly Baker" in 1747 to "The Joy Luck Club".

JAMES NAGEL is the Eidson Distinguished Professor Emeritus at the University of Georgia and a Visiting Scholar at Dartmouth College, USA. He is President of the Society for the Study of the American Short Story and Former President of the International Ernest Hemingway Society. Early in his career he founded the scholarly journal Studies in American Fiction and the widely influential series Critical Essays on American Literature, which published 156 volumes of scholarship. Among his twenty-three books are Stephen Crane and Literary Impressionism (1980), Hemingway in Love and War (1989), which was made into a Hollywood film starring Sandra Bullock), The Contemporary American Short-Story Cycle (2001), Anthology of The American Short Story (2007), The Blackwell Companion to the American Short Story (Wiley Blackwell, 2010), and Race and Culture in Stories of New Orleans (2014). He has been a Fulbright Professor as well as a Rockefeller Fellow. He has published some eighty articles in the field and lectured on American literature in fifteen countries.
Back to top