One Minute Out (Gray Man #9) (Hardcover) 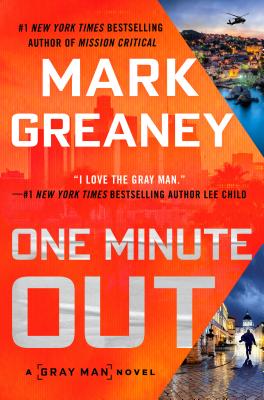 This is book number 9 in the Gray Man series.

Mark Greaney has a degree in international relations and political science. In his research for the Gray Man novels, including Mission Critical, Agent in Place, Gunmetal Gray, Back Blast, Dead Eye, Ballistic, On Target, and The Gray Man, he traveled to more than fifteen countries and trained alongside military and law enforcement in the use of firearms, battlefield medicine, and close-range combative tactics. He is also the author of the New York Times bestsellers Tom Clancy Support and Defend, Tom Clancy Full Force and Effect, Tom Clancy Commander in Chief, and Tom Clancy True Faith and Allegiance. With Tom Clancy, he coauthored Locked On, Threat Vector, and Command Authority.

“[One Minute Out] cements Mark Greaney's status as a preeminent storyteller whose thrillers continue to resound on multiple levels...Court Gentry is this generation's James Bond, and his latest adventure is not to be missed.”
—Providence Journal