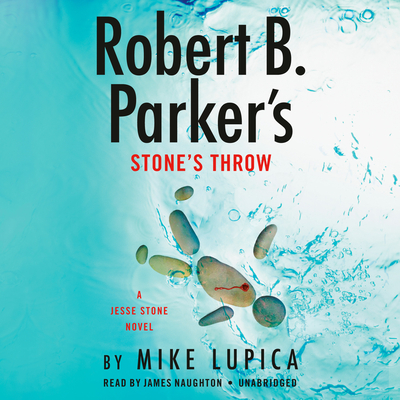 This is book number 20 in the A Jesse Stone Novel series.

The town of Paradise receives a tragic shock when the mayor is discovered dead, his body lying in a shallow grave on a property on the lake. It's ostensibly suicide, but Jesse's has his doubts . . . especially because the piece of land where the man was found is the subject of a contentious and dodgy land deal.

Two powerful moguls are fighting over the right to buy and develop the prime piece of real estate, and one of them has brought in a hired gun, an old adversary of Jesse’s: Wilson Cromartie, aka Crow.  Meanwhile, the town council is debating if they want to sacrifice Paradise’s stately character for the economic boost of a glitzy new development. Tempers are running hot, and as the deaths begin to mount, it’s increasingly clear that the mayor may have standing in the wrong person’s way.

Mike Lupica is a prominent sports journalist and the New York Times-bestselling author of more than forty works of fiction and non-fiction. A longtime friend to Robert B. Parker, he was selected by the Parker estate to continue the Sunny Randall and Jesse Stone series.

James Naughton won two Tony Awards for his starring roles in City of Angels and Chicago on Broadway. He directed the acclaimed revival of Our Town, starring Paul Newman, on Broadway and for PBS. His television appearances include Worricker: Turks & Caicos, Hostages, Damages, and Gossip Girl. His films include Factory Girl, The Devil Wears Prada, and The Glass Menagerie. He has recorded his debut album It’s About Time on DRG Records.

"Lupica seems thoroughly comfortable carrying on the fictional lives of Robert B. Parker'scharacters. He has the jaunty tone down pat, and everything flows from that with Parker's people."--Booklist
Back to top