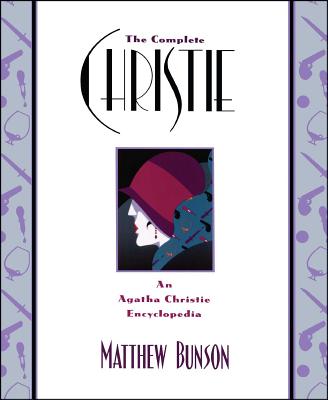 Which poison was used most frequently in Agatha Christie's novels? How many of her novels featured a butler? Exactly where on the train were the suspects located in Murder on the Orient Express? How many actors have portrayed Hercule Poirot?
Get a clue...or a lot of them, in
THE COMPLETE CHRISTIE
simply the most comprehensive guide to the life and works of the immortal Dame Agatha Christie.
Join author Matthew Bunson, whose Encyclopedia Sherlockiana was compared to "a box of the best chocolates" by mystery author Anne Perry, in this entertaining and highly enjoyable tour of the vast world of mystery created by Christie, and discover...
Whether you've read every title in the giant Christie canon, or are just discovering her writing, The Complete Christie reveals in delectable detail why the mystique, fascination, and brainteasing fun of the mysteries penned by the century's most successful writing remain forever undiminished.
Back to top