How to Build a Habitable Planet: The Story of Earth from the Big Bang to Humankind - Revised and Expanded Edition (Hardcover) 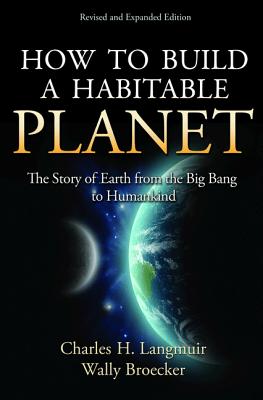 Since its first publication more than twenty-five years ago, How to Build a Habitable Planet has established a legendary reputation as an accessible yet scientifically impeccable introduction to the origin and evolution of Earth, from the Big Bang through the rise of human civilization. This classic account of how our habitable planet was assembled from the stuff of stars introduced readers to planetary, Earth, and climate science by way of a fascinating narrative. Now this great book has been made even better. Harvard geochemist Charles Langmuir has worked closely with the original author, Wally Broecker, one of the world's leading Earth scientists, to revise and expand the book for a new generation of readers for whom active planetary stewardship is becoming imperative. Interweaving physics, astronomy, chemistry, geology, and biology, this sweeping account tells Earth's complete story, from the synthesis of chemical elements in stars, to the formation of the Solar System, to the evolution of a habitable climate on Earth, to the origin of life and humankind. The book also addresses the search for other habitable worlds in the Milky Way and contemplates whether Earth will remain habitable as our influence on global climate grows. It concludes by considering the ways in which humankind can sustain Earth's habitability and perhaps even participate in further planetary evolution. Like no other book, How to Build a Habitable Planet provides an understanding of Earth in its broadest context, as well as a greater appreciation of its possibly rare ability to sustain life over geologic time. Leading schools that have ordered, recommended for reading, or adopted this book for course use:

Charles H. Langmuir is the Higgins Professor of Geochemistry at Harvard University. Wally Broecker is the Newberry Professor of Earth and Environmental Sciences at Columbia University and the author of Fixing Climate and The Great Ocean Conveyor (Princeton), among other books. Both are members of the National Academy of Sciences.
Back to top