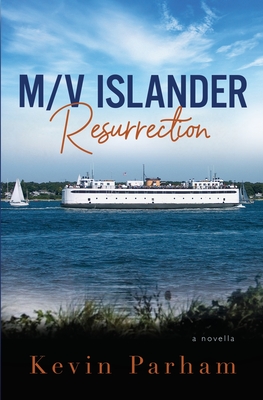 Commonwealth Ferryboat Company General Manager, John de Souza, finds himself at a crossroads in what can only be described as a paranormal episode out of The Twilight Zone. Besieged by an internal struggle, John vacillates between having to tow the company line, or, to do the right thing, regardless of the consequences.

As time passes, John endures untenable pressure to go along with the program, but now must decide where his loyalty lies . . . to the C.F.C., or, to himself.

What will he do?

On April 21, 2011, the motor vessel Islander was towed to a ship graveyard and dismantled for scrap. Three days later, Easter Sunday, the ferry mysteriously reappears at the Vineyard Haven wharf on Martha's Vineyard, causing havoc unlike any the C.F.C. has had to deal with.

Faced with this anomaly, the Commonwealth Ferryboat Company's prime objective is to put an end to the Islander's rogue activities by any means necessary.

However, it's no easy task; for the ferry appears to be an apparition, a ghost ship.

The C.F.C. Board of Directors does everything in its power to stop the ferry. But despite them taking draconian measures, the stalwart ferryboat forges ahead in her bid to reclaim the route she had sailed between Woods Hole and Martha's Vineyard for fifty-seven years.

Will the Islander fulfill her mission, or succumb to the powers that be?