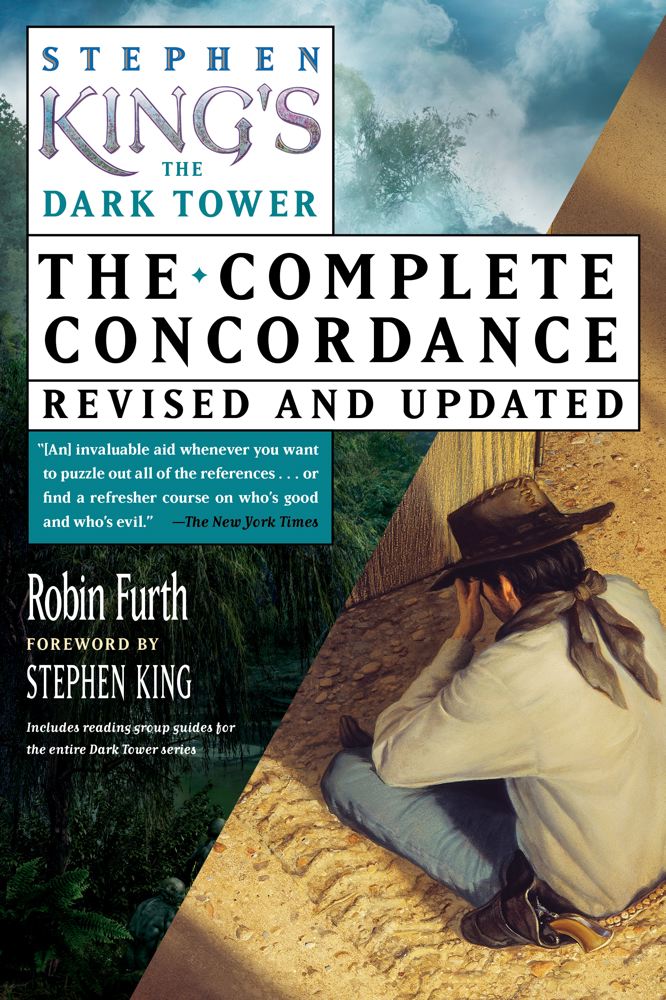 The Dark Tower series is the backbone of Stephen King's legendary career. Eight books and more than three thousand pages make up this bestselling fantasy epic.

The Complete Concordance is an entertaining and incredibly useful guide to Stephen King’s epic Dark Tower series, covering books I-VII and The Wind Through the Keyhole, and is the definitive encyclopedic reference book that provides readers with everything they need to navigate their way through the series. With hundreds of characters, Mid-World geography, High Speech lexicon, and extensive cross-references, this comprehensive handbook is essential for any Dark Tower fan.

Robin Furth is perhaps the only person around who knows more about the Dark Tower mythos than Stephen King himself, and is the author of The Dark Tower: The Complete Concordance.

“I found this overview of In-World, Mid-World, and End-World both entertaining and invaluable. So, I am convinced, will you.”—From the Foreword by Stephen King

“Furth’s concordance anticipates—and answers—virtually every question the Constant Reader might come up with.”—Locus
Back to top