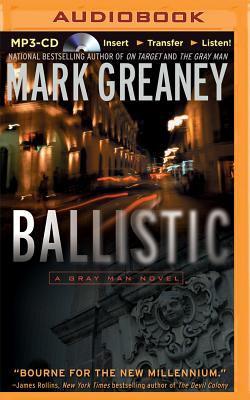 By Mark Greaney, Jay Snyder (Read by)
Email or call for price
Unavailable

After he was betrayed by his compatriots and then forced to take on a near-suicidal covert mission by the CIA, master assassin Court Gentry thought he could find refuge off the grid, living in self-imposed isolation in the Amazonian rain forest. But even there, his bloody past finds him when a vengeful Russian crime lord forces him to go on the run once again. Without a country or a home to call his own, Court's options are narrow enough, but when he hears that an old friend has been murdered, he's compelled to pay his respects.

He arrives just days after his friend is buried.

Years before, Eddie Gamboa saved Court's life. Now, Eddie has been murdered by the notorious Mexican drug cartel he fought to take down. Court soon finds himself drawn into a war he never wanted, and ensuring the safety of Eddie's family is his only mission.

But in this war there are no sides--only survivors. And with both the law and the lawless out for his blood, Court's only option is to kill...and kill...and kill again....