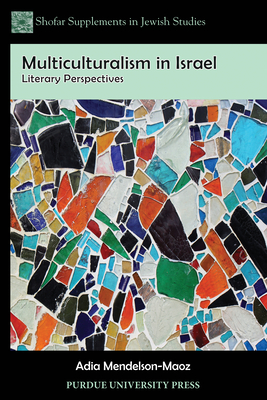 By analyzing its position within the struggles for recognition and reception of different national and ethnic cultural groups, this book offers a bold new picture of Israeli literature. Through comparative discussion of the literatures of Palestinian citizens of Israel, of Mizrahim, of migrants from the former Soviet Union, and of Ethiopian-Israelis, the author demonstrates an unexpected richness and diversity in the Israeli literary scene, a reality very different from the monocultural image that Zionism aspired to create. Drawing on a wide body of social and literary theory, Mendelson-Maoz compares and contrasts the literatures of the four communities she profiles. In her discussion of the literature of the Palestinian citizens of Israel, she presents the question of language and translation, and she provides three case studies of particular authors and their reception. Her study of Mizrahi literature adopts a chronological approach, starting in the 1950s and proceeding toward contemporary Mizrahi writing, while discussing questions of authenticity and self-determination. The discussion of Israeli literature written by immigrants from the former Soviet Union focuses both on authors who write Israeli literature in Russian and of Russian immigrants writing in Hebrew. The final section of the book provides a valuable new discussion of the work of Ethiopian-Israeli writers, a group whose contributions have seldom been previously acknowledged. The picture that emerges from this groundbreaking book replaces the traditional, homogeneous historical narrative of Israeli literature with a diversity of voices, a multiplicity of origins, and a wide range of different perspectives. In doing so, it will provoke researchers in a wide range of cultural fields to look at the rich traditions that underlie it in new and fresh ways.

Adia Mendelson-Maoz is a senior faculty member in literature and culture, head of the Hebrew Literature Section in the Department of Literature, Language, and Arts, and a faculty member in the MA program in cultural studies at the Open University of Israel. Her research deals with Hebrew literature as it intersects ethics, politics, and culture. She has taught in, served as academic supervisor of, and developed a number of undergraduate-and graduate-level courses on Hebrew literature of the twentieth century and on multiculturalism in Israel. Mendelson-Maoz has published numerous articles in books and journals, among them Social Jewish Studies, the Journal of Modern Jewish Studies, Shofar, and Israel Studies Review. She is the author of Literature as a Moral Laboratory: Readings in Selected Twentieth-Century Hebrew Prose, published in Hebrew in 2009 by Bar-Ilan University Press.
Back to top