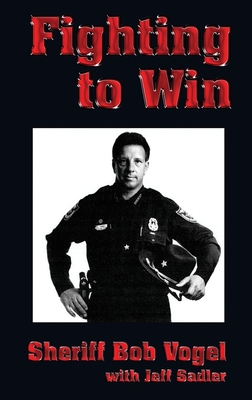 How a lone Florida Sheriff fought the U.S. Justice Department--and won The amazing career of Bob Vogel began in the Florida Highway Patrol, where he personally took over billion dollars in street value of drugs off the market in just three years. Bob tells his story about the war on drugs, on the controversial practice of profiling, and about his years-long battle to prove that his law enforcement efforts were both lawful and prudent. His results helped stem the flow of drugs north and south up Interstate 95 for a number of years, and he was featured on 60 Minutes for his remarkable record. Bob Vogel had taken the upper hand in the fight against drugs. Word in the drug trade spread - avoid Volusia County. His office and officers received numerous citations for a job well done. What should have followed was thankful support from the local media, the state of Florida and even the U.S. Justice Department. Despite full clearance by two separate FBI investigations and a Governor's Panel, and further vindication from a judge who tossed out a class action lawsuit for lack of evidence, two Department of Justice attorneys spent more than two years investigating Sheriff Vogel and his office, at a cost of millions to taxpayers. Fighting to Win is Bob Vogel's own story of his nightmarish odyssey against forces he never dreamed he'd have to battle. But, as he will tell you throughout this compelling chronicle of his career, when you have right on your side you will ultimately triumph.
Back to top