The Golden Rule and the Games People Play: The Ultimate Strategy for a Meaning-Filled Life (Paperback) 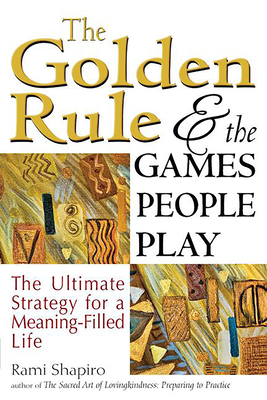 Does the Golden Rule matter?
It depends on the game.

"We have to shift the game before we can promote the Rule. This is why teaching morality alone is insufficient. Educating our children in the Golden Rule without teaching about finite and infinite games and zero-sum and nonzero worldviews is a waste of time. Doing so would be like teaching them the rules of chess while insisting they play only checkers."
--from Chapter 10, "Play Different"

This provocative and challenging exploration of the Golden Rule, widely accepted as humanity's moral true north, neither praises the Rule uncritically nor naively insists that it is applicable in every situation. Rather, it looks critically at the Rule in the context of game theory to see where it works and where it doesn't, when it is applicable and when it isn't. It shows you why knowing the difference can offer you a powerful way to transform your life from one driven by fear to one driven by love.

This philosophical game changer is written for people of all faiths or none who praise the Rule and yet violate it over and over again. It invites you into the fascinating world of ethical decision making in a way that helps you use the Golden Rule as a fulcrum for shifting your life from often unethical competition to compassionate and even loving cooperation.