The Male Empire Under the Female Gaze: The British Raj and the Memsahib (Hardcover) 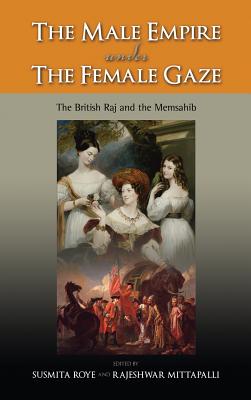 In trying to detect and analyze this female gaze on the male empire, this volume delves into memsahibs' literature. After all, besides their service to the empire, women's literature in/about the Empire, though often neglected, is considerably large. In India's case, women writers like Flora Annie Steel, Maud Diver, and Bithia Mary Croker narrate fictional tales colored by their firsthand experience of Indian life and life in India. They use their creative imagination to present India as they see and also as they want to see India. The female gaze has thus for a long time contributed to and shaped imperial discourse and knowledge of the East. Through their letters, diaries, memoirs, stories, novels, poems, paintings, and travel writings, women have often provided invaluable information about the empire and added to the fascination of the West with the specters and picturesqueness of the East. Their writings recurrently serve as the tool of their propaganda, the vehicle of their message, the inscription of their gaze and the blueprint of their politics of representation. This book argues that although the memsahib's female gaze has been spoken of, it has not been adequately emphasized and examined. In comparison, white female sexuality, the figure of Raj Woman, and the idea of "recasting women" or portrayal of the memsahib have received far more attention. Particularly, memsahibs' writings have been widely anthologized but these have not critically evaluated to a sufficient extent. Aiming at filling that gap by uncovering the world of British India as seen and shown by white women in colonial as well as postcolonial literatures, this compilation brings together scholarly essays on memsahibs' literature and Raj writings, including men's writings about memsahibs, spanning from before India's independence (like works of Alice Perrin and Rudyard Kipling) to the post-independence period (like works of Ruth Prawer Jhabvala and Ruskin Bond). This volume looks at the significant multidimensional defiant "female gaze"--be it of the authors or of the characters in their works, regardless of whether their writings were critical or supportive of the empire. Subverting the structure of male looking/female to be looked at, this collection of essays explores the "female gaze" on the Empire (i.e., female looking/ male to be looked at). This book reiterates that the "female" element in the process cannot and should not be disregarded. Therefore, taking into consideration (real or fictional) memsahibs, this volume reminds us of the presence and role of white women in British India and the consequent intricate matrix of gender, class, race, and sexuality issues. In addition to offering critical analysis and in-depth study of memsahibs' writings, this book digresses from the well-trodden track of how memsahibs are portrayed to the near-virgin arena of how they are shown to see the Raj world. This volume asserts that the female gaze that looks upon the male empire is not merely a space constructed for the female but one fashioned by women themselves. This is an important book for South Asian literary studies, women's studies, as well as colonial and postcolonial studies on British India.
Back to top