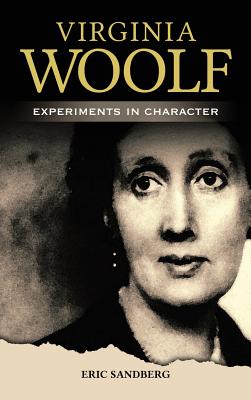 Virginia Woolf has for many years been seen as a key participant in British literary modernism. Following a period of relative critical neglect following her tragic death in 1941, her body of work has earned her recognition as a groundbreaking feminist thinker, a perceptive literary critic, a formidably creative diarist and correspondent, and as one of the twentieth century's leading essayists. Most notably, her experimental fiction, from her first novel The Voyage Out to the posthumously published Between the Acts, has grown in both popularity and critical renown. All of her work remains in print, and novels such as Mrs Dalloway, To the Lighthouse, and Jacob's Room are regularly read and discussed both inside and outside the academy. Few modernist writers--indeed, few writers of any period-have had such a pronounced and lasting impact on literary culture. There has been, and continues to be, an enormous amount of critical and scholarly work done on almost all aspects of Woolf's writing and life. Monographs, journal articles, and collections of essays dedicated to Woolf's writing appear every year alongside scholarly and popular biographies, and there is an annual international conference dedicated solely to her work. Yet amidst this veritable inundation of exegetical energy, this tremendous and ever-growing body of scholarly work on Woolf, there is one curious omission. While Woolf was both in theory and practice fascinated by questions of character and characterization, scholarship has not generally been directed towards this field. This may be due to both general theoretical discomfort with the critical category of character, and to a sense that Woolf's work in particular may not respond well to such interpretations. However, Woolf was very much an experimenter in character, and readings that minimize or ignore this interest miss an important facet of her work. This book offers the first full-length reading of Virginia Woolf's career-long experimentation in character. It examines her early journalism, from her short reviews of contemporary literature to more substantial essays on Gissing and Dostoyevsky, for indications of her engagement with questions of characterization, and links this interest to her later fictional writings. In The Voyage Out she establishes a continuum of levels of characterization, a key element of which is the Theophrastan type, an alternative form of characterization that corresponds to a way of knowing real people, while in Jacob's Room she seeks to represent an elusive 'essence' that may exist outside of the structuring forms of social life, and which is accessible through speculative identification. Mrs Dalloway explores the shaping of character through social pressure, and To the Lighthouse proposes a simplified version of character as an ethically acceptable way of relating to other people. A similar notion is picked up in The Waves, in which a limited character, or form of caricature, is proposed as a possible solution to the problems of characterization. In Between the Acts, many of these themes reappear as Woolf simultaneously situates her characters more firmly than ever in a comprehensible physical and social context, and explores areas where language and rationality fail. Virginia Woolf: Experiments in Character is an important book for Woolf studies in particular, modernism studies more generally, and literature collections.
Back to top