The Rape of the Mind: The Psychology of Thought Control, Menticide, and Brainwashing (Paperback) 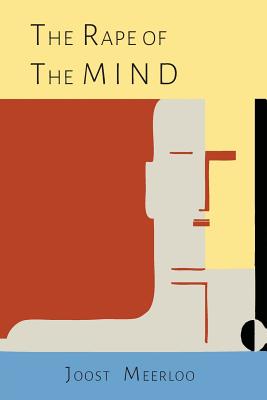 2015 Reprint of 1961 Edition. Full facsimile of the original edition. Not reproduced with Optical Recognition Software. In 1933 Meerloo began to study the methods by which systematic mental pressure brings people to abject submission, and by which totalitarians imprint their subjective "truth" on their victims' minds. In "The Rape of the Mind" he goes far beyond the direct military implications of mental torture to describing how our own culture unobtrusively shows symptoms of pressurizing people's minds. He presents a systematic analysis of the methods of brainwashing and mental torture and coercion, and shows how totalitarian strategy, with its use of mass psychology, leads to systematized "rape of the mind." He describes the new age of cold war with its mental terror, verbocracy, and semantic fog, the use of fear as a tool of mass submission and the problem of treason and loyalty, so loaded with dangerous confusion. The "Rape of the Mind" is written for the interested layman, not only for experts and scientists. Contents: Part One: The Techniques of Individual Submission. 1. You Too Would Confess. 2. Pavlov's Students as Circus Tamers. 3. Medication into Submission. 4. Why Do They Yield? The Psychodynamics of False Confession. Part Two: The Techniques of Mass Submission. 5. The Cold War against the Mind. 6. Totalitaria and its Dictatorship. 7. The Intrusion by Totalitarian Thinking. 8. Trial by Trial. 9. Fear as a Tool of Terror. Part Three: Unobtrusive Coercion. 10. The Child is Father to the Man. 11. Mental Contagion and Mass Delusion. 12. Technology Invades Our Minds. 13. Intrusion by the Administrative Mind. 14. The Turncoat in Each of Us. Part Four: In Search of Defenses. 15. Training Against Mental Torture. 16. Education for Discipline or Higher Morale. 17. From Old to New Courage. 18. Freedom -- Our Mental Backbone.
Back to top