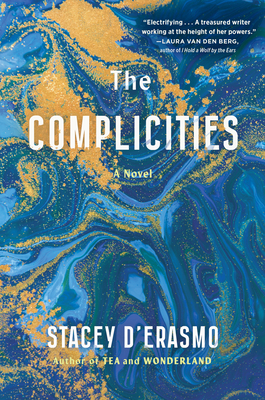 “ELECTRIFYING—A TREASURED WRITER WORKING AT THE HEIGHT OF HER POWERS.” —Laura van den Berg, author of I Hold a Wolf by the Ears

A haunting and emotionally fraught story of a woman dealing with the ripple effects of her husband’s financial fraud—and with what she knew, or pretended not to know, about it

After her husband Alan’s massive white-collar crimes are exposed, Suzanne’s wealthy, com­fortable life shatters: Alan goes to prison, and Suzanne files for divorce. Ignoring a steady stream of calls from her ex at Norfolk State Prison, Suzanne thinks she can cleanse herself of all connections to her ex-husband and their old life together. Instead, she decamps to a Massachusetts beach town where she creates a new life and identity.

Then Alan is released early, and the many peo­ple whose lives he has ruined demand restitution. At the same time, awestruck and obsessed by the spectacle of a major whale stranding on a beach near her home, Suzanne makes an apparently high-minded decision that in turn reverberates not only through Alan’s life as he tries to rebuild but also through the lives of their son, Alan’s new wife, his estranged mother, and, ultimately, Suzanne herself.

A resonant and bitingly perceptive story about the people next to the bad guys—the queasy and ambiguous territory people like Suzanne inhabit as they stand by, and the ways in which they try to thread the needle of their culpability—The Complicities is a searing look at moral responsi­bility, and about who, in the end, pays for a crime.

Stacey D’Erasmo is the author of four novels and one book of nonfiction. She’s been the recipient of a Stegner Fellowship in Fiction, a Guggenheim Fellowship in Fiction, and a Lambda Literary Outstanding Mid-Career Novelist Prize, among other awards. She is an Associate Professor of Writing and Publishing Practices at Fordham University.

“The Complicities is a subtle masterpiece. Imagine a voice—lyrical and low, intimate and insistent—whispering in your ear. Half-told truths simmer below the surface, like the uneasy murmuring of a conscience. Mesmerized, you listen. There is menace here in D’Erasmo’s disquieted world, and terrible beauty, too. Things are not what they appear to be. We are not who we think we are, either, and yet we are complicit.”

—Ruth Ozeki, author of The Book of Form and Emptiness

“With smooth shifts in perspective and understated and precise prose, D’Erasmo demonstrates a mastery of the craft. The result is propulsive and profound.”—Publishers Weekly, starred review

“As in all her finely wrought, shrewdly piercing novels, D’Erasmo keeps us recalibrating our perceptions… An arresting and intricately spun inquiry into talent, resentment, and risk, love and betrayal, self and community, guilt and retribution.”—Booklist, starred review

“In Stacey D’Erasmo’s wonderful new novel, The Complicities, the past catches up to the present and overtakes it. All the scattered misdeeds and cut corners and malfeasances come together as crimes, big and small, and the characters either see the criminality or try to ignore it. But this suspenseful novel sees it all, and I found myself enlightened and deeply moved by its compelling story.”—Charles Baxter, author of The Sun Collective

“A suspenseful, compelling novel that raises the questions: How do we reckon with corruption and our own complicity?”—The Millions

“The prose abounds with lyrical imagery. But its particular strength is its examination of that liminal space between innocence and culpability, leaving readers to judge whether these characters are as innocent as they want to believe.”—Library Journal

“What does it mean—in such a corrupted world—to reckon with and atone for our own complicities? Stacey D’Erasmo’s latest unspools with the twisty intensity of a psychological thriller and the oceanic depth of a literary tour de force. The Complicities is an electrifying novel of powerful moral complexity, from a treasured writer working at the height of her powers.”—Laura van den Berg, author of I Hold a Wolf by the Ears

“The Complicities had me enthralled. This gripping, human tale of our crimes—financial, environmental, self-delusional—is impossible to put down. D’Erasmo weaves a thriller of a tale, exposing sticky webs of corruption that entangle our lives and fates, even those who fantasize about their innocence, redemption and escape.”—Samantha Hunt, author of The Unwritten Book: An Investigation