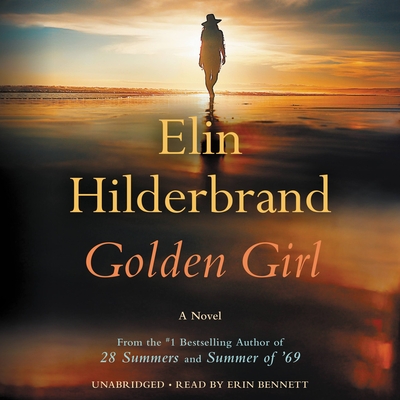 In this satisfying page-turner from "the queen of beach reads" (New York Magazine), a Nantucket novelist has one final summer to protect her secrets while her loved ones on earth learn to live without their golden girl.

On a perfect June day, Vivian Howe, author of thirteen beach novels and mother of three nearly grown children, is killed in a hit-and-run car accident while jogging near her home on Nantucket. She ascends to the Beyond where she's assigned to a Person named Martha, who allows Vivi to watch what happens below for one last summer. Vivi also is granted three “nudges” to change the outcome of events on earth, and with her daughter Willa on her third miscarriage, Carson partying until all hours, and Leo currently “off again” with his high-maintenance girlfriend, she’ll have to think carefully where to use them.

From the Beyond, Vivi watches “The Chief” Ed Kapenash investigate her death, but her greatest worry is her final book, which contains a secret from her own youth that could be disastrous for her reputation. But when hidden truths come to light, Vivi’s family will have to sort out their past and present mistakes—with or without a nudge of help from above—while Vivi finally lets them grow without her.

With all of Elin’s trademark beach scenes, mouth-watering meals, and picture-perfect homes, plus a heartfelt message—the people we lose never really leave us—Golden Girl is a beach book unlike any other.

Elin Hilderbrand is the proud mother of three, a dedicated Peloton rider, an aspiring book influencer, and an enthusiastic at-home cook (follow her on Instagram @elinhilderbrand to watch her Cringe Cooking Show). She is also a grateful seven-year breast cancer survivor. Golden Girl is her 27th novel.

"Summer on Hilderbrand's Nantucket is never dull. This time she focuses on former lovers who now lead separate lives but share an island idyll once a year. Captivating and bittersweet."—People

"This sweeping love story is Hilderbrand's best ever. . . Her stories are relatable in an aspirational way, but her attention to detail is what makes her characters feel like living, breathing people you want to know. They would never skimp on citronella candles; they would save the least creaky rocking chair for you."—Elisabeth Egan, New York Times Book Review

"Hilderbrand steers this tightly written novel with ease and skill. . . . Less a story about a secretive affair and more a tale of sweet nostalgia and fate, this title will be popular with a wide audience."—Library Journal

"In her 25th novel, Hilderbrand gets everything right and leaves her ardent fans hungry for No. 26. Hilderbrand sets the gold standard in escapist fiction."—Kirkus Reviews
Back to top