200 Proofs Earth Is Not a Spinning Ball (Paperback) 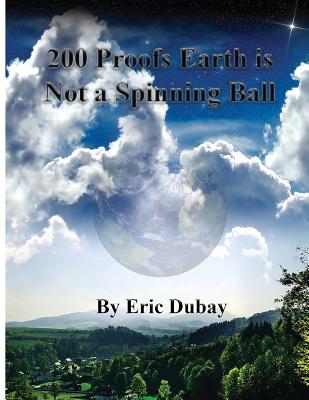 By Eric DuBay
Email or call for price
Unavailable
(This item is non-returnable.)

The most popular flat Earth book ever written, translated into over 20 languages, 200 Proofs Earth is Not a Spinning Ball inspired by John Carpenter's 19th century opus "100 Proofs Earth is Not a Globe," doubles the number of natural scientific evidences proving Earth is not a tilting, wobbling, spinning space-ball.Wolves in sheep's clothing have pulled the wool over our eyes. For almost 500 years, the masses have been thoroughly deceived by a cosmic fairy-tale of astronomical proportions. We have been taught a falsehood so gigantic and diabolical that it has blinded us from our own experience and common sense, from seeing the world and the universe as they truly are. Through pseudo-science books and programs, mass media and public education, universities and government propaganda, the world has been systematically brain-washed, slowly indoctrinated over centuries into the unquestioning belief of the greatest lie of all time.Over the course of 500 years, using everything from books, magazines, and television to computer-generated imaging, a multi-generational conspiracy has succeeded, in the minds of the masses, to pick up the fixed Earth, shape it into a ball, spin it in circles, and throw it around the Sun In schools where every professor's desk is adorned with a spinning Earth-globe, we are lectured on the "heliocentric" theory of the universe, shown images of ball-planets and videos of men suspended in space. The illusion created, connivingly convincing, has entranced the world's population into blindly believing a maleficent myth. The greatest cover-up of all time, NASA and Freemasonry's biggest secret, is that we are living on a plane, not a planet, that Earth is the flat, stationary center of the universe.
Back to top