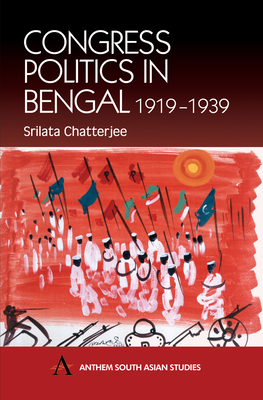 Set against the backdrop of major developments in the nationalist movement in Bengal, this study focuses on the nature of the interaction between the Congress, which represented mainstream political nationalism, and popular social groups whose politics was largely disorganized. In particular, it assesses the imapct that this interplay had on the nature of the Congress and the extent to which the provincial Congress organization was able to match its aspirations to those of the people, as it matured from a loosely-structured institution to an organized politica party.

Research on the nationalist movement prior to the advent of Subaltern Studies has chiefly concentrated on the activities of the movement's elite and leadership. In recent years, subaltern historians have instead focused on the activities of subordinate classes and groups, whose form of politics has been described as autonomous and independent of the elite. However, both lines of enquiry have neglected the areas of interaction and interdependence between these two realms of political activity, especially during the phase of Gandhian nationalism. In examining the nature of the interaction between institutional politics as represented by the Congress and popular politics in Bengal between 1919 and 1939, this book is a significant and original contribution to current research in the field.