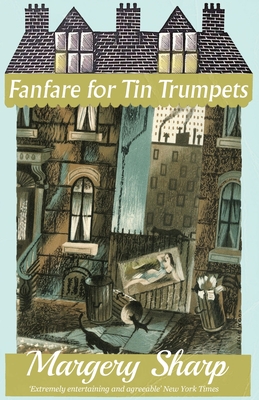 He also made himself a weekly allowance of five shillings for cigarettes, stationery, amusements, shoe-repairs, razor-blades, laundry, toothpaste, hospitality and 'bus fares; and having thus cut his coat to his cloth, wore it in great content.

The only thing he had not allowed for (and this in an author must surely be considered strange) was Love.

Upon the death of his distant, unaffectionate father, Alistair French, a young store clerk, takes his small inheritance and escapes from the humdrum to a flat in London in order to Write. He and his friend Henry take cheap lodgings in a Paddington boarding-house whose denizens include the spirited, starstruck Winnie Parker, her full-throated mother, who shares Winnie's passion for films if not her admiration for Garbo ("'Olds 'erself like a sack of potatoes"), and (generally) an army of Winnie's admirers.

But Alistair, faced with the many distractions of Bloomsbury and Bohemia, has considerable trouble getting any writing done. And then there's the biggest distraction of all-a lovely young actress named Cressida who is, to Alistair's chagrin, determined to marry only a man who can further her career. First published in 1932 and out of print for more than 80 years, Fanfare for Tin Trumpets is one of Margery Sharp's most irresistibly cheerful confections. This new edition features an introduction by twentieth-century women's historian Elizabeth Crawford.