The Stone of Chastity (Paperback) 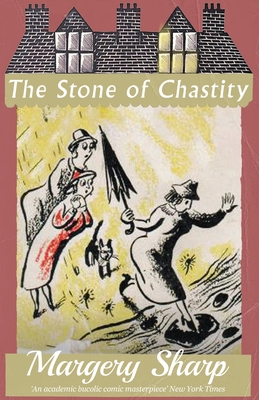 Professor Pounce arrives in the idyllic village of Gillenham, along with his sister-in-law, his nephew Nicholas, and Carmen, his voluptuous assistant, in single-minded pursuit of the Stone of Chastity, a stepping stone in the local stream reputed to trip up impure women. His interest is cold-bloodedly scientific, but his researches, including putting the village women to the test and documenting the results, are taken rather more personally by some, including the Vicar's wife, who enlists the Boy Scouts to help suppress his efforts, and stern Mrs. Pye, possessed with the soul of an inquisitor. Ultimately, it's young Nicholas who must try to assuage the villagers' outrage, all the while coping with the repercussions of his own amorous impulses.

The Stone of Chastity, first published in 1940 and inexplicably out of print for decades, is perhaps the deftest (and daftest) of Margery Sharp's many dazzling, witty social comedies.