Epic and Sedition: The Case of Ferdowsi's Shahnameh (Paperback) 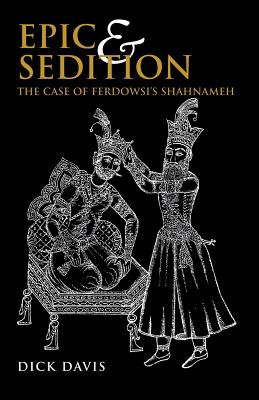 Iran's national epic, the Shahnameh of Ferdowsi, has traditionally been regarded by both Persians and Westerners as a poem celebrating the the central role of monarchy in Persian history. In this groundbreaking book, Dick Davis argues that the poem is far more than a patriotic chronicle of kingly deeds. Rather, it is a subtle and highly ambiguous discussion of authority, and far from being a celebration of monarchy, its most famous episodes and heroes amount to a radical critique of the institution. Davis demonstrates that the public world of kingly authority is shadowed in the poem by a series of tragic father-son relationships, and that in both the royal and familial spheres, authority figures are invariably presented as morally inferior to those whom they govern. The Shahnameh's complex aesthetic structure and its tragic resolution of problems of authority and hierarchy make it an artistic artifact able to take its rightful place beside the major masterpieces of world literature.
Back to top