Royal Flush: a pair of plays for preposterous people (Paperback) 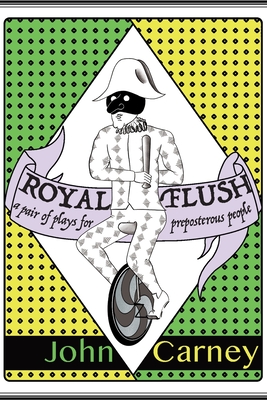 "Aichmalatoi; or, The Captives" - A New Comedy about the suicides of Cleopatra and Marcus Antonius

While Cleopatra and Marcus Antonius hide in their palace at Alexandria, Octavian leads the legions of Rome to Egypt. The outcome of their conflict will decide no less than the future of the Roman Empire, but it will also decide the fate of the child-pharaoh Caesarion, deemed a threat to Roman succession. Who will make it out alive?

"The Atlantiad" - A Tragedy about the lost city of Atlantis and its last king, Theodosius

In a time when the Gods of Olympus walk among mortals and Achilles sails the seas in search of fame and conquest, Atlantis vies for supremacy. Mighty Zeus offers his protection, but the cost of his alliance is high. Yet, the city's most potent threat may come from her most powerful citizen.