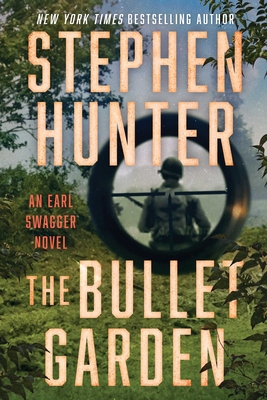 This is book number 4 in the Earl Swagger series.

The long-anticipated origin story of legendary Marine, fan favorite, and father of literary icon Bob Lee takes us to the battlefields of World War II as Earl Swagger embarks on a top secret and deadly mission—from Pulitzer Prize­–winning and New York Times bestselling Stephen Hunter, “one of the best thriller novelists around” (The Washington Post).

July, 1944: The lush, rolling hills of Normandy are dotted with a new feature—German snipers. From their vantage points, they pick off hundreds of Allied soldiers every day, bringing the D-Day invasion to its knees. It’s clear that someone is tipping off these snipers with the locations of American GIs, but who? And how?

General Eisenhower demands his intelligence service to find the best shot in the Allied military to counter this deadly SS operation. Enter Pacific hero Earl Swagger, assigned this crucial and bloody mission. With crosshairs on his back, Swagger can’t trust anyone as he infiltrates the shadowy corners of London and France for answers.

From “a true master at the pinnacle of his craft” (Jack Carr, author of the Terminal List series), The Bullet Garden is an electrifying historical thriller that is sure to become a classic.

Stephen Hunter has written over twenty novels. The retired chief film critic for The Washington Post, where he won the 2003 Pulitzer Prize for Distinguished Criticism, he has also published two collections of film criticism and a nonfiction work, American Gunfight. He lives in Baltimore, Maryland.

"An electrifying historical thriller that is sure to become a classic."
— The Real Book Spy