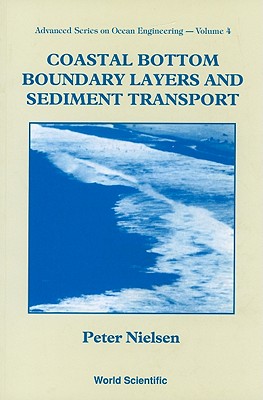 This is book number 4 in the Advanced Series on Ocean Engineering (Paperback) series.

This book is intended as a useful handbook for professionals and researchers in the areas of Physical Oceanography, Marine Geology, Coastal Geomorphology and Coastal Engineering and as a text for graduate students in these fields. With its emphasis on boundary layer flow and basic sediment transport modelling, it is meant to help fill the gap between general hydrodynamic texts and descriptive texts on marine and coastal sedimentary processes. The book commences with a review of coastal bottom boundary layer flows including the boundary layer interaction between waves and steady currents. The concept of eddy viscosity for these flows is discussed in depth because of its relation to sediment diffusivity. The quasi-steady processes of sediment transport over flat beds are discussed. Small scale coastal bedforms and the corresponding hydraulic roughness are described. The motion of suspended sand particles is studied in detail with emphasis on the possible suspension maintaining mechanisms in coastal flows. Sediment pickup functions are provided for unsteady flows. A new combined convection-diffusion model is provided for suspended sediment distributions. Different methods of sediment transport model building are presented together with some classical models.
Back to top