In a Colorful Place 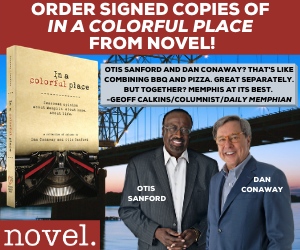 In a Colorful Place

Seasoned opinion about Memphis, about home, about life.

A collection of columns by Dan Conaway and Otis Sanford, columnists for The Daily Memphian since its founding.

Colorful Perspectives in Black and White. Dan Conaway and Otis Sanford share a city and an abiding interest in what makes it and all of us tick. Both are columnists for The Daily Memphian since its birth in 2018. A completely digital publication, the baby has already grown into the largest news organization in Memphis, Tennessee, and the Mid-South, and increasingly a model for the nation in meeting the evolving challenges of journalism. A lifelong Memphian, Conaway has had a decades-long career heading advertising agencies and creative boutiques, winning awards at every level, and keeping his insight into people and places – and his sense of humor – throughout. He's been writing columns for more than ten years that delight and enrage his readers but never bore them. This collaboration is his second book of collected columns. Sanford's distinguished career in journalism began at the high school paper in Panola County, Mississippi, traveled through newsrooms including Oxford, Jackson, Memphis, and Detroit as a reporter, feature writer, columnist and editor, in front of microphones and cameras as a regular commentator and political analyst, onto the pages of his books, and into the Hardin Chair of Excellence in Journalism and Strategic Media at the University of Memphis. His columns enlighten, entertain and stir his readers in a way that only honesty and informed opinion can. Both of them draw from a lifetime of experience, a practiced eye, a talent for storytelling, and the deep well of a city and a region brimming with those stories. Mr. Conaway and Mr. Sanford – do tell.

Dan Conaway, a lifelong Memphian, is a communications strategist, writer, columnist for The Daily Memphian, author of  “I’m a Memphian” and “The Plural of One,” and ghost writer of several other books. He is also, by his own estimation, the writer of “about a gazillion ads, brochures, TV spots, videos, websites, and the occasional matchbook cover” as a copywriter, creative director, and owner of two ad agencies.

His experience includes a stint as Ronald McDonald, brand wrangling of ducks in The Peabody, pandas in the Memphis Zoo, and Grizzlies in the NBA. Along the way, he’s been recognized as the outstanding advertising alumnus of his university, for lifetime achievement by his peers, for leadership in his national church, the Boy Scouts, and the Boys & Girls Clubs, and with more than 400 awards for creativity.

Otis Sanford, a native Mississippian, holds the Hardin Chair of Excellence in Journalism and Strategic Media at the University of Memphis, and is the author of “From Boss Crump to King Willie: How Race Changed Memphis Politics.” Sanford also serves as political analyst and commentator for WATN-TV Local 24 News, writes a weekly political column for The Daily Memphian online news site and serves as political analyst for WKNO-FM, the National Public Radio affiliate in Memphis.

Before joining the U of M in 2011, Sanford was editorial page editor and Viewpoint columnist for The Commercial Appeal, and formerly served as the paper’s managing editor. He has also worked at newspapers in Jackson, Mississippi, Pittsburgh and Detroit. And he is a 2014 inductee into the Tennessee Journalism Hall of Fame. 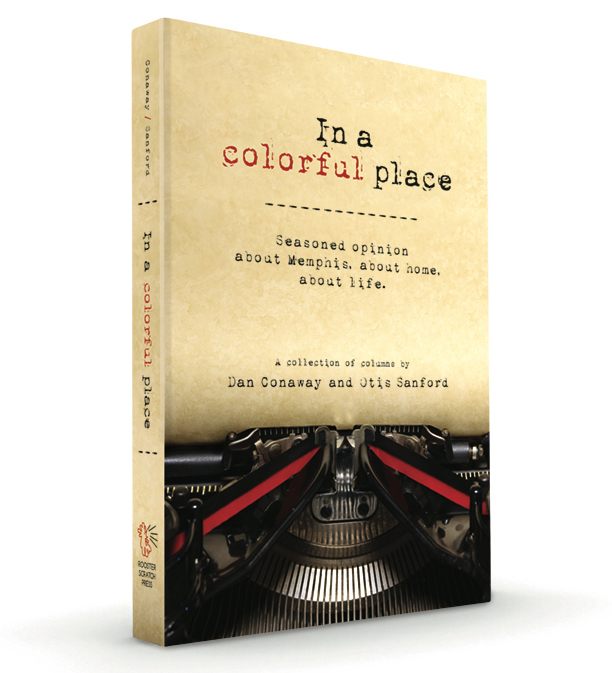