A Novel Book Club: Me Talk Pretty One Day by David Sedaris 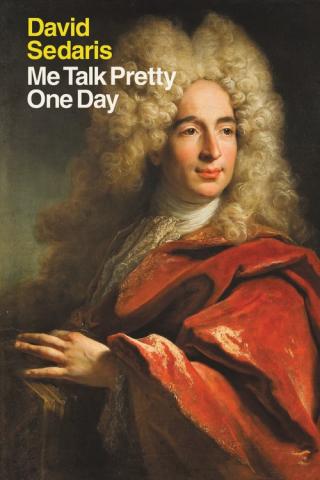 Join your pals at Novel on Wednesday, February 19 at 7 p.m. for A Novel Book Club. Our monthly picks will encompass a wide variety of genres, interests, and reading styles, with book club members involved in choosing future selections. Unlike a lot of book clubs that are spawned from a group of friends, we are a group of friends spawned from a book club. We really hope to see you at the next meeting! (Book club members get 10% off the price of this month's book--ask for your discount at the register!)

An early collection of essays by one of America's most beloved humorists.

David Sedaris was born in Binghamton, New York on December 26, 1956, but he grew up in Raleigh, North Carolina. Much of Sedaris' humor is autobiographical and self-deprecating, and it often concerns his family life, his middle class upbringing in the suburbs of North Carolina. He graduated from the Art Institute of Chicago in 1987. He is a popular radio commentator, essayist, and short story writer. He held many part-time and odd jobs before getting a job reading excerpts from his diaries on National Public Radio in 1992.

His first collection of essays and short stories, BARREL FEVER, was published in 1994. His other works include NAKED, HOLIDAYS ON ICE, DRESS YOUR FAMILY IN CORDUROY AND DENIM, WHEN YOU ARE ENGULFED IN FLAMES, SQUIRREL MEETS CHIPMUNK, THEFT BY FINDING: DIARIES (1977-2002), and CALYPSO. ME TALK PRETTY ONE DAY won the Thurber Prize for American Humor in 2001. He has also written several plays with his sister Amy Sedaris including STUMP THE HOST, STITCHES, and THE LITTLE FREIDA MYSTERIES.

Me Talk Pretty One Day (Paperback)