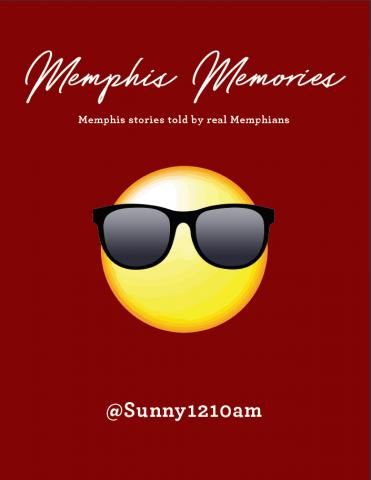 *** THIS EVENT HAS BEEN POSTPONED -- WE WILLL UPDATE THE LISTING AS SOON AS WE ARE ABLE TO SCHEDULE A NEW DATE!***

Join editor George Flinn for an evening celebrating the release of Memphis Memories: Memphis Stories Told by Real Memphians. This book is a collection of stories shared by callers into the Sunny 1210 and 103.1 FM stations, transcribed and gathered into one volume.

World War II. Dr. Flinn attended Memphis City Schools. He attended East High School through the 9th grade and graduated number one in his class from Central High School in 1961.

He attended The University of Mississippi, where he studied and graduated with his Bachelor of Science in Electrical Engineering. In 1966, he began Medical School at the University of Tennessee, Health Science Center in Memphis and was the Alpha Omega Alpha Outstanding Graduate (their highest honor) graduate in 1969. Following his Internship at Barnes Hospital (Washington University) in St. Louis, he was appointed by the President to the National Institutes of Health, Public Health Service in Bethesda, MD. During his time with the Public Health Service, he founded the Ultrasound section of the Radiology Department at the Clinical Center at NIH. He also collaborated with other doctors and engineers in the invention and development of color ultrasound technology. His articles are often quoted in academic papers and books on ultrasound and echocardiography.

When George Flinn returned to Memphis, he opened his private practice and led the efforts to educate the local medical community on the benefits and services ultrasound could provide patients. Dr. Flinn now operates seven radiology clinics in the greater Memphis area and has had a mobile clinic that serving rural West Tennessee and Eastern Arkansas. He also owns three specialty clinics in Memphis, and Germantown Tennessee and Greenwood Mississippi.

His entrepreneurial spirit just began with Medicine and Radiology/Ultrasound. His love of electrical engineering and radio, fostered by his amateur radio days as a teenager led to commercial broadcasting. In 1980, George Flinn built his first radio station, WGSF in Arlington Tennessee.

In 1990, he and Kemmons Wilson, founder of Holiday Inns, partnered to build and operate began operation of Channel 30 WMKW television, in Memphis. The Flinn Broadcasting Company now owns 18 radio stations and seven television stations across the country. Dr. Flinn serves as the West Tennessee Director for the Board of the Tennessee Broadcasters Association.

George Flinn has been licensed, both private and commercial, and certified to fly numerous single and multi-engine private aircraft including aerobatic aircraft. He had aerobatic flight training with a member of the United States Aerobatic Team. He became a helicopter pilot and also became a Certified Flight Instructor, as well as, an FAA medical flight consultant.

George Flinn loves music and has played the harp, piano, guitar, and harmonica. He composed and produced a Christmas song and an anniversary song. George developed a unique radio format "Sunny AM1210/FM103.1" which features music and callers telling stories of growing up. It is broadcast online also (www.sunny1210.com) and has many listeners in the United States and other countries. George Flinn is proud to broadcast and see listener’s fascination with the Tennessee music, lifestyle, and memories.