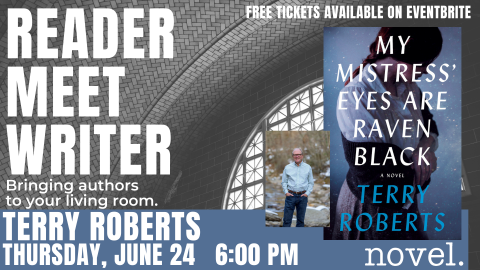 Ellis Island, 1920. The immigration and public health authorities in New York Harbor are slowly recovering from the war years when a young, pregnant Irish woman disappears from the Isolation Hospital on Ellis Island.

Stephen Robbins, a specialist in finding missing persons, is assigned the case. Yet when he arrives at the site, he discovers a secretive staff and a string of inexplicable deaths and disappearances among immigrant patients in Ellis Island hospitals. Stephen finds an ally in Lucy Paul, a nurse who is also investigating the disappearances, and together they begin to unearth a horrifying conspiracy masked beneath the Isolation Hospital's charitable exterior. As Stephen and Lucy get closer to the truth and each other, they are swept directly into the dangerous mystery haunting Ellis Island and become the next targets themselves.

Set in the years following World War I, when racial tensions in the U.S. are growing and the science of eugenics is widely accepted, My Mistress' Eyes are Raven Black explores just how far human beings will go to protect racial purity and condemn those they fear.

Terry Roberts' direct ancestors have lived in the mountains of Western North Carolina since the time of the Revolutionary War. His family farmed in the Big Pine section of Madison County for generations and is also prominent in the Madison County town of Hot Springs, a consistent setting in his novels. Among his forebears are prominent bootleggers and preachers but no one who, like Jedidiah Robbins, from The Holy Ghost Speakeasy and Revival, combines both occupations. His debut novel, A Short Time to Stay Here, won the Willie Morris Award for Southern Fiction, and his second novel, That Bright Land, won the Thomas Wolfe Memorial Literary Award as well as the James Still Award for Writing about the Appalachian South. Both novels won the annual Sir Walter Raleigh Award for Fiction, given to the author of the best novel written by a North Carolinian. His third novel, The Holy Ghost Speakeasy and Revival, was published by Turner in 2018. His newest book, My Mistress' Eyes Are Raven Black, is a literary thriller set on Ellis Island and is due out from Turner in Spring 2021. As well as being an award-winning novelist, Dr. Terry Roberts is a lifelong teacher and educational reformer. Since 1992, he has been the Director of the National Paideia Center, a school reform organization dedicated to making intellectual rigor accessible to all students. Born and raised near Weaverville, North Carolina, Roberts is the Director of the National Paideia Center and lives in Asheville, North Carolina with his wife, Lynn. He has three adult children: Jesse, Margaret, and Henry.